XRP is highly undervalued and whales are accumulating, here’s what you should do

Ripple (XRP) price shows a lack of volatility as it sits above a crucial support level that could make or break its short-term future. A spike in buying pressure is what the remittance token needs to kick-start its run-up.

XRP price in an opportunity zone

XRP price has flipped above the $0.400 resistance level for the second time over the last week. Influence from Bitcoin, which is in a good position and could continue its bullish move, lowers the chances of a breakdown of the remittance token’s immediate support level.

Therefore, investors can expect the XRP price to continue the uptrend. Investors punting longs can pay attention to the $0.448 and $0.506 hurdles. Collecting buy-stop liquidity above these levels is the primary objective for market makers. So, investors can book profits at these levels and call it a day.

However, for those willing to risk it, momentum is key. If the Relative Strength Index (RSI) remains above 50 and is not extremely oversold after a retest of $0.506, they can consider hanging on to their trades. A minor retracement could ensue, allowing buyers to accumulate before triggering a quick rally to $0.609.

This move would represent a 54% upswing from $0.395 and is likely where the upside is capped for the XRP price. 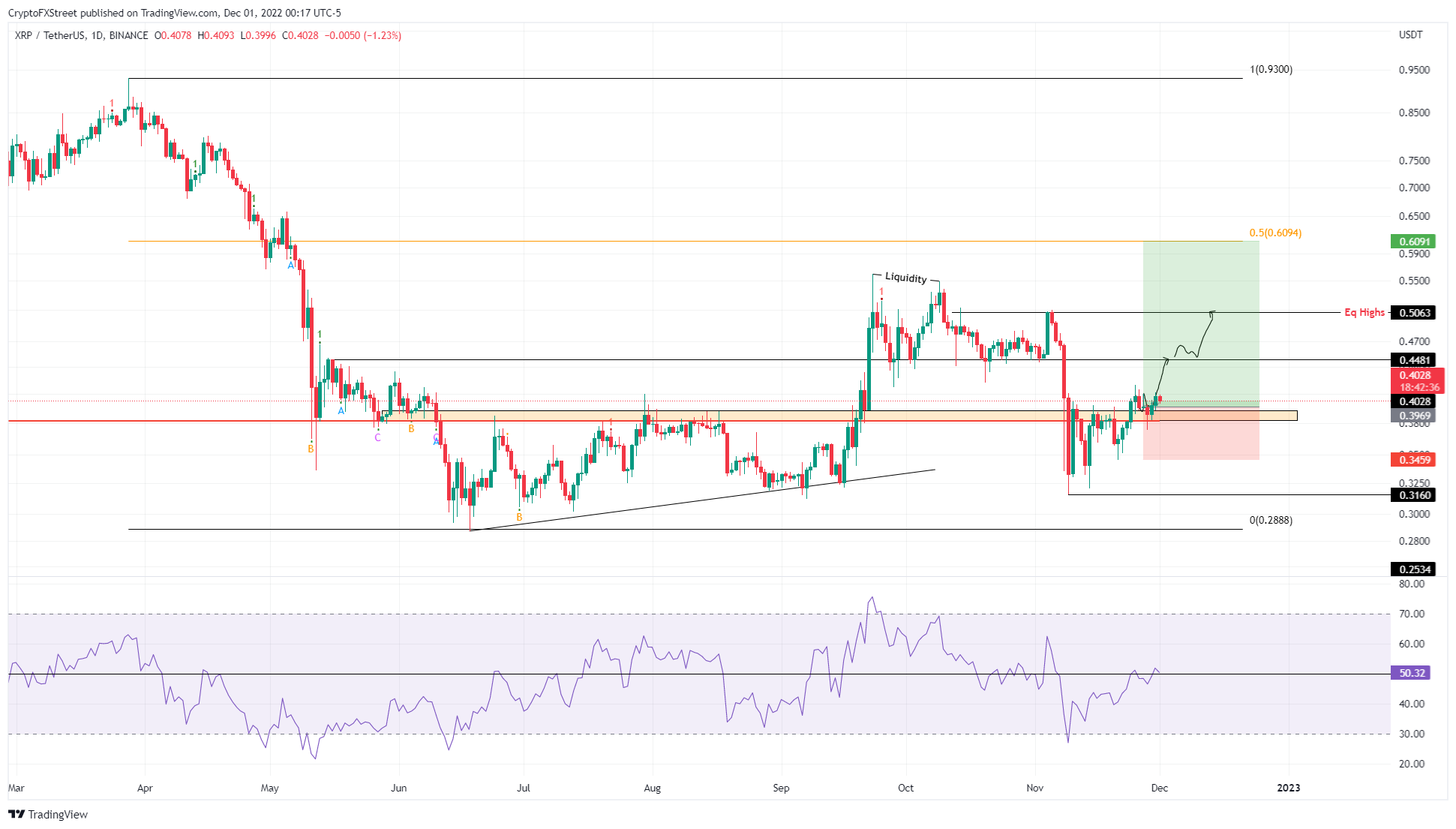 Further helping the bullish case for XRP price is the Market Value to Realized Value (MVRV) Z-score. This indicator can be used to identify if an asset is overvalued or undervalued relative to its fair value.

This accumulation spree from the whales further adds credence to the bullish outlook for XRP price seen from a technical standpoint.

On the other hand, if XRP price breaks down the $0.400 support level, it will be the first sign of weakness. A daily candlestick close below $0.316 foothold will invalidate the bullish thesis by creating a lower low. This move could trigger an 8% downswing to $0.288.

Read More: XRP is highly undervalued and whales are accumulating, here’s what you should do

Litecoin Surge: Whales Takes the Lead in Pumping the Price

Forget Bitcoin! I’d much rather hold top dividend stocks like these 2

Bullish for Bitcoin and the whole industry: GDP rises 2.9% in fourth…